Over the course of developing the OpenPplSoft runtime, I’ve provisioned several servers in a Virtual Private Cloud (VPC) on AWS. Doing so afforded me a high level of flexibility, ease of snapshotting EBS volumes, a fast connection to the Internet, and the ability to easily set up private subnets. However, I’ve reached a point where compilation times for OPT are too lengthy on EC2-backed servers, mainly due to the fact that EBS volumes are network-attached storage devices. I could adjust my setup on AWS, but I wouldn’t be able to justify the cost increase with my limited budget.

I did some research and settled on running a local Xen machine, which happens to be the same hypervisor employed by AWS. I had a server sitting around running Windows Server 2008, but I hadn’t logged in to it for awhile, so I decided to use that to host Xen. I swapped out two 160GB WD hard drives for two 240GB Intel SSDs and planned out my goals:

I have a desktop server that I’ve upgraded piecemeal over the years; the only original component is the PSU. The CPU is an Intel Core i5, there are 3 x 4 GB DRAM chips on the motherboard, and I swapped in the two SSDs to ensure that this whole effort wouldn’t be for naught. 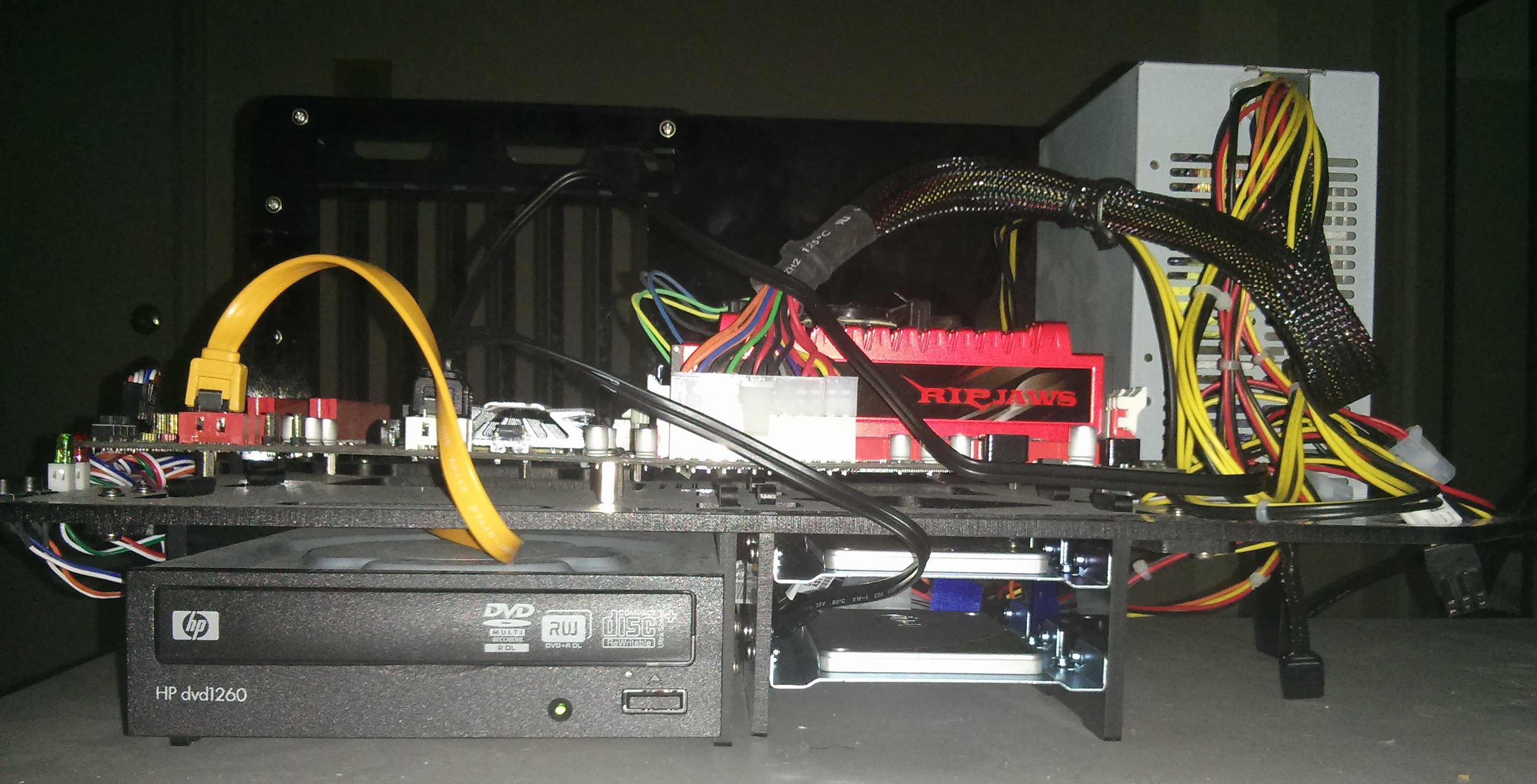 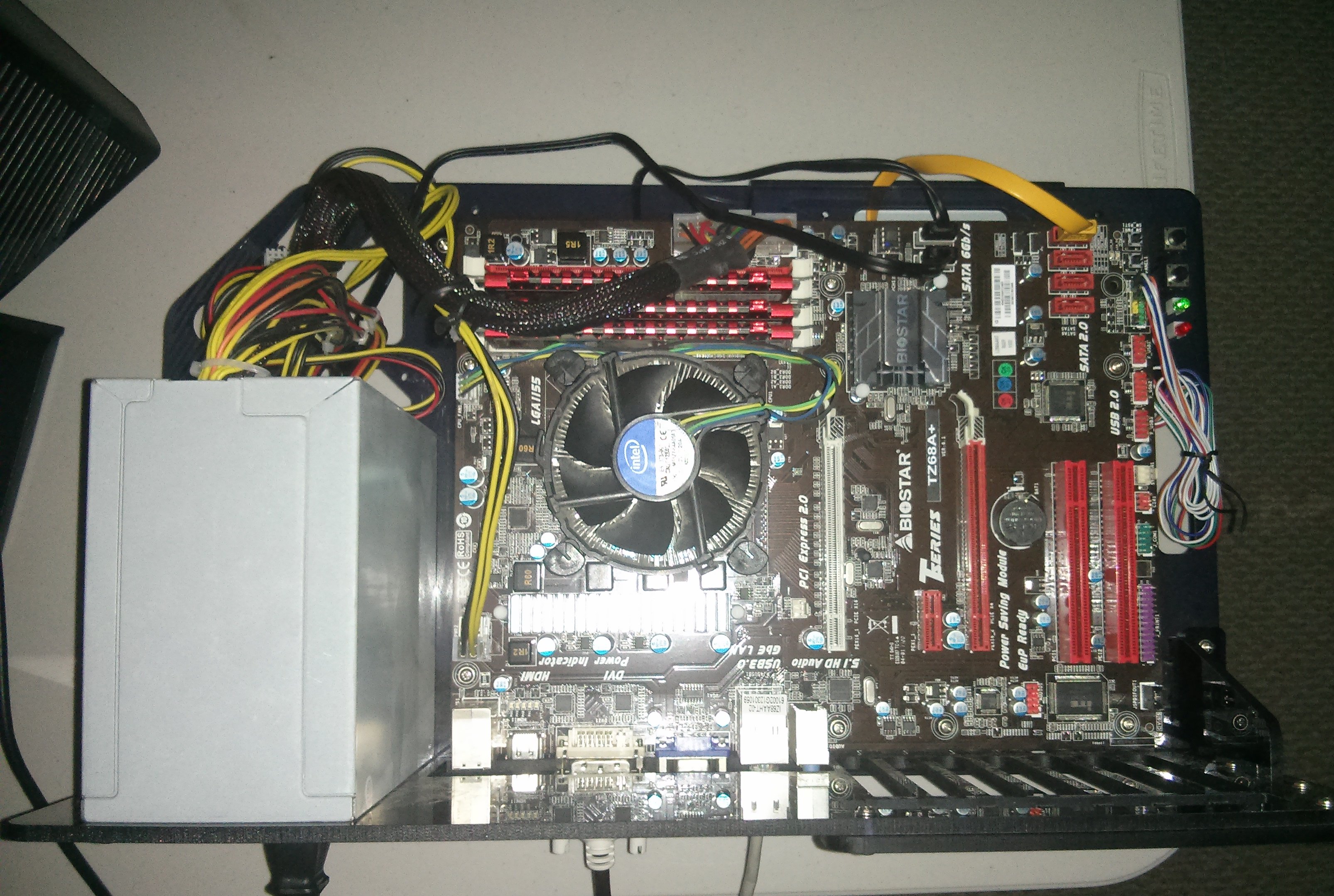 A Note about XenServer from Citrix

I considered using the XenServer solution from Citrix and played around with it for a little while. The upside is that XenCenter, the application used to manage XenServer instances, is a very comprehensive and well-done application. The downside is that XenServer runs on CentOS, a distribution I have little familiarity with. I decided that when I inevitably needed to change operating system settings on dom0, it would be better to be running an OS I have some experience with. I did manage to get a Windows Server VM running on XenServer, but when it came time to customize the networking settings, I had no success. That’s when I decided to drop XenServer and just work with a Xen-enabled Linux kernel on Debian.

A Note about Chipset Firmware Settings

Thankfully, the motherboard on my dom0 machine uses plain BIOS rather than the horror that is UEFI; applying the procedure in this guide to a UEFI-equipped system may require additional steps. Regardless, you should review your firmware settings for anything that should be changed prior to installing Xen. Although firmware control panels vary greatly, here are the changes I made to mine prior to installing Xen:

Switch from the Stable Channel to the Testing Channel

Set up a Network Bridge for Use By Xen domUs 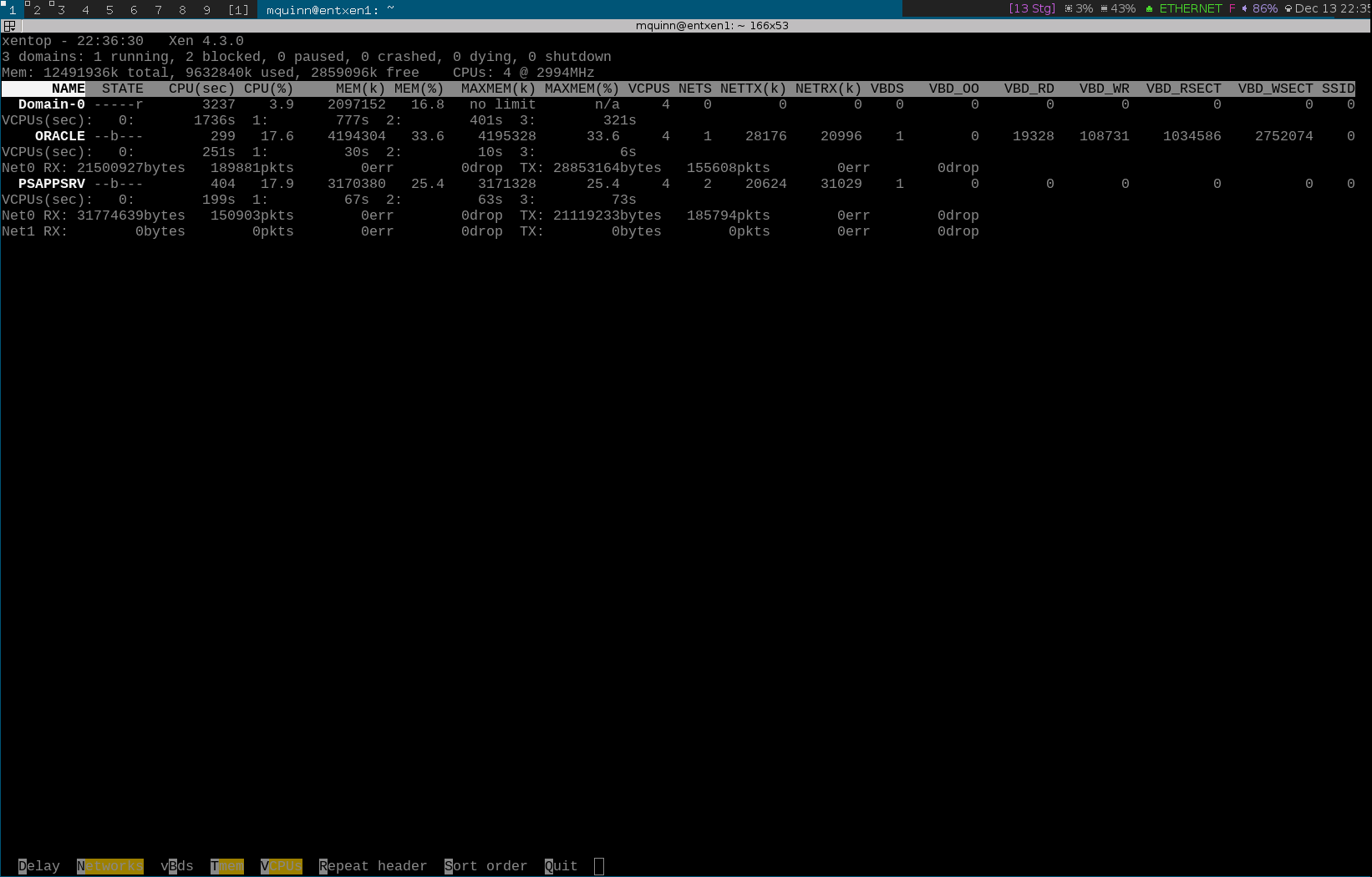 A Note About Windows PV Drivers

I found the following to be good resources while setting things up and troubleshooting: